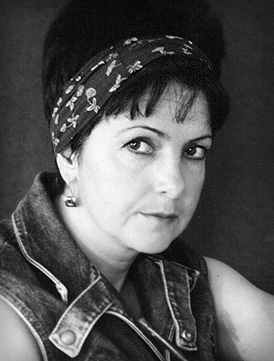 Inna Gershov Slutsky was born 1956 in Chernovtzi (West Ukraine). From 1967 she lived in Leningrad (St. Petersburg). As an artist she developed in many uspects under guiding lines which she acquired in the creative relations with Solomon Gershov (1906-1989), a well known artist of the Vitebsk school, her father's brother. In 1989-1990 she contributed to the literary miscellany "VEK" ("Bullitein of Jewish Culture", published in Riga) as an artist illustrator. Almost all the works of the Leningrad period were displayed at the personal (1983, drawings mainly), collective seasonal and international exhibitions were lost during moving to Israel (1990). The drawings (except few of them) and the paintings presented in this web-site were created in Israel.